Way to go LaTonya! This is a beautiful and inspiring combination of exceptional musical talent as well as beloved songs. Hoping many more people enjoy this! 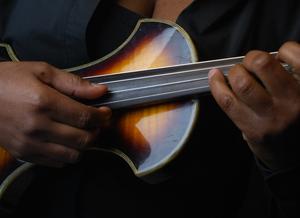 I toured the 2005 and 2006 seasons with UniverSoul Circus, visiting 26 major cities, as a featured Violinist and Vocalist. I was a featured performer with the LA Women's Fest in 2006. In 2012 I traveled to Osaka, Japan to perform for the Kansai Music Conference. I can be heard as a Violinist/Vocalist on CDs, videos, and DVDs recorded by Co-Resonance (a Pop/Classical Fusion String Quartet), India Arie, Ken Ford, Doria Roberts, JJ’s Swimming, and Left Eye Productions/TLC. My music has been licensed by Love and Hip Hop. I have recorded live strings for the acclaimed Playwright Trey Anthony for her production of 'How Black Mothers Say I Love You'. Most recently, my vocal rendition of Wade In The Water was featured on ABC's hit Television Series 'Scandal' - Season 6 / Episode 3.

I also have classroom teaching experience as an Orchestra Director and a Special Education Paraprofessional. I have worked with several populations including Special Education, AIDS, and Psychiatric Patients as a Music Therapist. I am also a professional performing/recording Violinist, Vocalist and DJ. I have professional experience performing solo, and with ensembles, throughout the United States, Japan and Canada as a Violinist, Vocalist, Percussionist, and Songwriter. 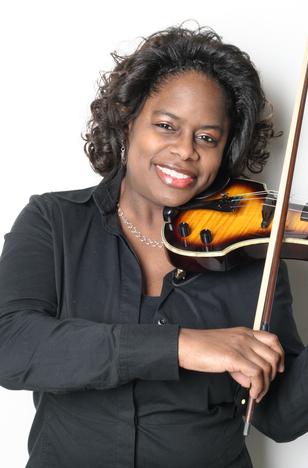 I was born and raised in Topeka, Kansas. I began taking violin lessons at the age of five. At the age of sixteen I became a certified Suzuki Violin Instructor giving private lessons. I graduated with a Bachelors Degree in Music Therapy from Howard University in 1994. I moved to Atlanta, Georgia in 1995. I obtained a degree in Project Management in 2016. I currently work as a Music Producer, Kronos Analyst and Private Suzuki Violin Instructor.

I'm passionate about the power of music!

by MonaAngelI was amazed by the rich vocals and the clear violin sounds. Great songs never get old but LaTonya's voice really brings them to life. nice album. I love it!!!

I've been looking for a good gospel/sprirituals album for a while (one that's not cheesy, Christian rockesque, etc.) and here is a fine one. Peoples has an exquisite voice and the arrangements are simple and moving. Great album.